Even after a failed U.S. Special Forces hostage rescue mission in Syria, the launch of hundreds of coalition airstrikes and the subsequent video beheadings of three hostages, ISIS offered hope to Carl and Marsha Mueller that made them believe paying a ransom could still bring their captive daughter Kayla home, emails from the family's negotiations show.
But a former senior FBI agent told ABC News that U.S. government negotiators missed the likely final opportunity to free the last American in captivity for ransom almost two years ago, which ISIS said was "still a possibility" in its last email to her parents before her death.
"I think the Muellers have a right to be upset," said retired FBI chief hostage negotiator Chris Voss, who reviewed 27 emails exchanged between ISIS and Kayla Mueller's parents for ABC News' "20/20."
“Carl would say we need to make an offer, and then the [FBI-authored] email would not have anything about an offer in it,” Marsha Mueller told ABC News.
“We were like sheep. We were following what the government told us to do. We had no idea,” Kayla’s father Carl Mueller said in the couple's interview for ABC News' "20/20” segment, “The Girl Left Behind.”
...Not making a ransom offer to ISIS -- which would have been, in fact, legally allowable under a Bush-era presidential directive -- was the biggest missed opportunity to free Kayla, said Voss, the retired FBI agent.

Helping Someone In An Anxious State

The following is from The Mighty Site, a website where people with mental illnesses share their own stories. This story can serve as a reminder of how effective the core crisis communication skills such as active listening can be utilized to assist someone who is experiencing the following:


Often times, when I’m in an anxious state, I can’t hear the words you say to me because the thoughts in my head are much louder. Sometimes, I don’t need you to say anything. Just hug me. Just sit with me. Just be there for me. That’s all I need when I’m spiraling.


Please, don’t disregard my worry and fears. It just makes the situation worse for me. If you tell me you locked the door, I have to check it. If you tell me you’re going to do something, then please, do it. I may ask you four or five times just to make sure. I know it can get frustrating for you, but it’s what I need to feel secure, to feel like I can put my faith in you. Please, know I don’t think you’re a liar. I just need to feel like I have some sort of control of my mind.

The above passage also reminds of why we might have to repeat ourselves, the importance of being patient (not problem-solving, not judging) and slowing things down.

Read the full story [HERE].
Email ThisBlogThis!Share to TwitterShare to FacebookShare to Pinterest

The Psychology of Kidnapping

(www.NPR.org) Police recently found a teenager near St. Louis who had been held captive for more than four years. Kidnappers often manipulate their victims and convince them not to escape. Forensic psychologist Stephen Golding talks with Alex Chadwick.

Nearly all of the men implicated in last week's attack in Brussels and the November rampage in Paris have something in common – they are ex-convicts.

The two brothers thought to have blown themselves up in suicide attacks at the airport and metro station in Brussels spent time in prison. One was convicted of assault and bank robbery, the other took part in a carjacking.

“We have never been faced with such a large number of terror inmates before,” said Rep. Peter King, R-N.Y., during a recent Homeland Security Committee hearing on countering violent extremism in prison.

King and others say the federal Bureau of Prisons must do a better job of monitoring and, if necessary, isolating inmates who could radicalize others behind bars.

Read more from the WSJ.com [HERE]

Read more from the DailyMail.co.uk [HERE].

For many French Islamist terrorists, radicalization started while serving time in French prisons. Sociologist Farhad Khosrokhavar says some young Muslims see radicalism as a way to strike back at a secular society.
Read more NPR.org [HERE].
Email ThisBlogThis!Share to TwitterShare to FacebookShare to Pinterest 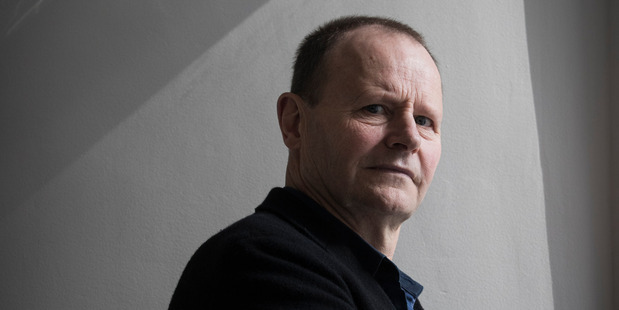 As New Zealand Police's top crisis negotiator, Lance Burdett led negotiations with Jan Molenaar during the Napier siege. His book Behind The Tape reveals how he talked 'the mad, the bad and the sad' back from the brink.
1 What are your key techniques when negotiating with a suicidal person?
Often people get a fright when you start talking to them because they have no idea how they got there. You've got to find out the trigger and stay in that zone - I call it the death zone. Then you find out what's kept them going - that's the hook. Maybe they love their dog, their family, something else - talk to them about that, then go back a bit deeper into what got them there. You take them from the hook to the trigger as you slowly work through their journey. It's a delicate dance. We use active listening skills; asking open-ended questions, using their own words and acknowledging emotions. We don't get people past the depression. It's just what I term shake and take. Most negotiations take one to two hours, the hard ones a bit longer. If it goes much longer it's unlikely to end well.
2 Some of the people you've tried to talk out of suicide are criminals - child molesters and cop killers like Jan Molenaar. How are you able to feel empathy for them?
Read more from the NZ Herald [HERE].
Email ThisBlogThis!Share to TwitterShare to FacebookShare to Pinterest

The following research-based tips might help crisis negotiators and others who continually work in crisis and stressful situations. It can feel like we have less and less time to get the things done that we want.

But there are two easy ways to increase the feeling of having time.

The first — slow breathing — is simple enough to do (see the end of the article if you would like some instructions).

The second is reframing stress and anxiety as excitement.

This can be done by simply telling yourself that you are excited.