(Via SiteIntelGroup.com) Since the start of 2014, ASG has become increasingly notorious for using kidnapping-for-ransom as a way to fund itself, as it appears to have modified its original ideological goals to more financially oriented ones. At any given time, it reportedly maintains over 10 hostages, demanding payments through notes, messages, and videos. However, as the group has shown ties to the Islamic State (IS), it is important to note the motives of ASG’s separate factions.

Its focus remains almost entirely on extortion and hostage taking, and its demands are almost always financial. In regards to hostages, the majority of its victims are Filipino. However, the group frequently captures foreign nationals, including Australians, British, Canadians, Chinese, French, and Germans.
Hostages are rarely – if ever – released by ASG without receipt of the ransom... 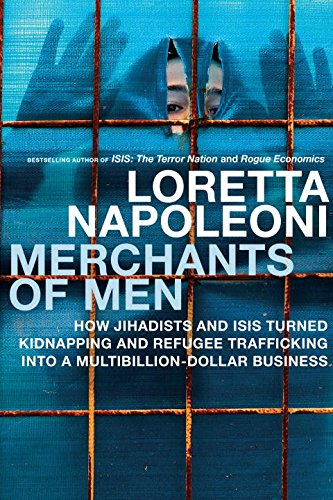 "I have been a negotiator for 30 years … never before have I seen such an increase in the number of abductions as during the last decade," he told her. "We are facing a kidnapping crisis of global proportions … This type of exponential growth makes my job more difficult; it increases the risks and reduces the rate of success. The kidnapping business is like a cancer that has metastasised."

Napoleoni says IS realised several years ago the powerful propaganda value of viral hostage execution videos – but they kept negotiating on the quiet, aware that some hostages were worth more in ransom than they were dead.

But IS didn't invent "criminal jihadism". Napoleoni's book, Merchants of Men, traces it back to the turn of the century. As one Algerian former jihadist "Rashid" told her: "We began trading arms, drugs, then someone had an idea: let's have a go at kidnapping."

Read more from TheCourier.com.au [HERE], check out the book, Merchants of Men [HERE].

...Highly placed sources revealed they were also expecting Mr Barnes, whose report could be finalised within eight weeks, to recommend that law-enforcement agencies cautiously move in step with other counties that no longer always “contain and negotiate” with terrorists.

Sources said it was time they moved to a more aggressive strategy because some terrorists did not want to negotiate with police and wanted to inflict maximum carnage for political or ideological gain.
One of the issues will be how a situation or suspect is categorised, such as whether a scenario is a domestic violence issue or a terrorist case.

Read more from the CourierMail.com.au [HERE].
Email ThisBlogThis!Share to TwitterShare to FacebookShare to Pinterest 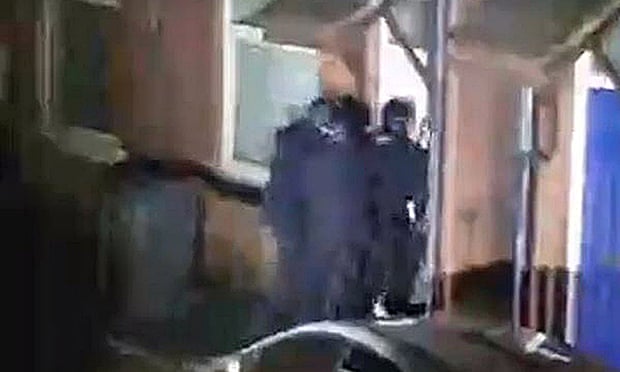 A man has been arrested following a “hostage” negotiation that was broadcast live on Facebook and watched more than 60,000 times.
Armed officers were shown smashing in the front door of a terrace house and rescuing a woman in the footage that was shared more than 1,000 times online.
In the footage, filmed by a neighbour, armed police can be heard shouting in the terraced street for the man inside the house to come out.
Read the full story at the Guardian [HERE].

Not ‘Lone Wolves’ After All: How ISIS Guides World’s Terror Plots From Afar

(NYtimes.com)- ...As officials around the world have faced a confusing barrage of attacks dedicated to the Islamic State, cases like Mr. Yazdani’s offer troubling examples of what counterterrorism experts are calling enabled or remote-controlled attacks: violence conceived and guided by operatives in areas controlled by the Islamic State whose only connection to the would-be attacker is the internet.
In the most basic enabled attacks, Islamic State handlers acted as confidants and coaches, coaxing recruits to embrace violence.
...For the most part, the operatives who are conceiving and guiding such attacks are doing so from behind a wall of anonymity. When the Hyderabad plotters were arrested last summer, they could not so much as confirm the nationalities of their interlocutors in the Islamic State, let alone describe what they looked like. Because the recruits are instructed to use encrypted messaging applications, the guiding role played by the terrorist group often remains obscured.
As a result, remotely guided plots in Europe, Asia and the United States in recent years, including the attack on a community center in Garland, Tex., were initially labeled the work of “lone wolves,” with no operational ties to the Islamic State, and only later was direct communication with the group discovered.
Read the full article from the NYTimes.com [HERE].
Email ThisBlogThis!Share to TwitterShare to FacebookShare to Pinterest
Newer Posts Older Posts Home
Subscribe to: Posts (Atom)