In This Corner: Breaking The Code of Silence- A Lesson From Columbine

In This Corner
By Lynne Kinnucan

The stream of school shootings since Columbine has left a bitter question: since circumstances all but rule out intervention, are there really any tools for prevention?
The response from schools, communities and law enforcement has been yes – and all of them have focused on what the FBI calls “law enforcement’s most powerful nonlethal weapon”: communication.

These school shootings have one characteristic that separates them from other acts of school violence: the shooter does not suddenly snap; rather the shooting is meticulously planned over a period of time.  The Secret Service has found that in more than 80 percent of critical incidents, the shooters explicitly revealed their intentions to their peers. Far from being "invisible," most shooters were already of concern to people in their lives.

And this is the critical second part: students know, but they do not talk.

Prevention, then, means taking the fight to the front lines: the students and their parents.  It means getting teenagers to talk to parents, something that is difficult in the best of times, but perhaps more so in this situation, when there are significant reasons for their silence.

In the following article, Breaking the Code of Silence, Dwayne Fuselier, clinical psychologist and retired FBI hostage negotiator, and researcher Jeffrey Daniels take us straight to the heart – and art – of getting people to talk.

From dealing with bullying to preventing school shootings, communication is the first and best prevention we have.  If we can find a way to bring these strategies home, if funding and training now devoted to aftershock and trauma can be expanded to prevention, then perhaps we will have found the means to forestall these tragedies and save precious lives.

CERIS Interview Professor Guy Olivier Faure (Université Paris V Sorbonne): Asymmetric Warfare: Negotiating with TerroristsProfessor Guy Olivier Faure is an expert in the field of International Negotiation. He is a Professor of Sociology at the Sorbonne University, Paris V, Department of Social Sciences. He is also a visiting professor in a significant number of Universities all over the world. He lectured in various countries in Europe, in the US, in China and Latin America. His works have been received very well by the public and have been translated in nine languages. M. Faure is the author, co-author and editor of a dozen of books and over 50 articles, including: Negotiating with terrorists: strategy tactics and politics (Taylor & Francis Group, 2010, co authored by William Zartman), La Negociation: regards sur sa diversité (Publibook, 2005), How people negotiate: resolving disputes in different cultures (Springer, 2003), etc. Moreover, he is a member of the editorial board of three major international journals: Negotiation Journal (Harvard, Cambridge); Group Decision and Negotiation (New York); International Negotiation (Washington).

"We essentially exchanged cigarettes for victims in this case and that's obviously something we are willing to do," he said.

"As long as that person is working with us and releasing hostages, that's something that we found that cooperation level was something that gave us hope and allowed us to continue those negotiations. As long as he was dealing with us appropriately ... we're going to keep that (compliance) going."
Read the full story from WEAU HERE
Email ThisBlogThis!Share to TwitterShare to FacebookShare to Pinterest

Get a Masters in Negotiation 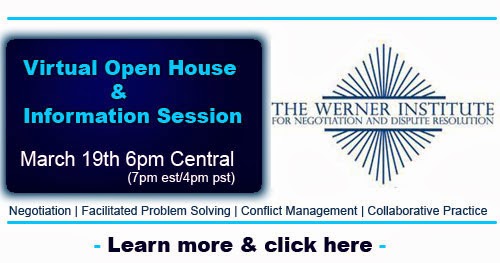 Interested in getting a MS in Negotiation? Check this out then.
I did it and really enjoyed it. It's primarily online while you go to Omaha twice for week-long intensive sessions. It was not easy (some think online programs=easy) but really enjoyable and well worth it.

If you have any questions, let me know.


Retired FBI Chief Negotiator Frederick Lanceley shares some important lessons he has learned while also showing how these learnable moments apply to other types of negotiations such as being a salesperson.
Read more »
Email ThisBlogThis!Share to TwitterShare to FacebookShare to Pinterest

In This Corner: Personality Disorders

IN THIS CORNER
Lynne  Kinnucan

“When you’re negotiating with the mentally ill,
you have to really care
and they have to know it."
Jack Cambria, Commanding Officer, NYPD HNT

Hostage negotiator Dwayne Fuselier (FBI, ret.) once wrote that “the majority of incidents that negotiators actually confront involve a perpetrator characterized by a mental or emotional disorder.”

With a statistic like this, a knowledge of personality disorders is an invaluable tool.

Used correctly, it is invaluable in understaanding a subject’s worldview, thought patterns and emotional needs... and developing flexible strategies to meet them.

PATIENCE as a Weapon

DURHAM - Holed up with a loaded handgun in a Whitby townhouse surrounded by tactical officers, former star football quarterback Thomas Powell was facing "fourth and goal."

After kidnapping and raping his ex-girlfriend, who managed to escape after a four-hour ordeal, the 42-year-old ex-jock dialled 911 and demanded the police go away. Under the influence of an all-night drug and alcohol binge, Mr. Powell was threatening to turn the gun on himself when a Durham Regional Police crisis negotiator took over the conversation from the 911 operator.

"Hi, I'm Tom. I'm a police officer," began the calm voice at the end of the line.