Disappearance -- and First ContactEvery hostage situation is different, but many start the same way -- with sudden silence. When Foley was kidnapped in Syria in November 2012, neither his family nor his employer, GlobalPost, heard a word for weeks from the reporter or his captors. At the urging of the government, Foley’s family decided to keep quiet until January 2013, when they stepped in front of news cameras to plead publicly for their son’s release. The U.S. government embarked on aninternational effort to find Foley, but still there was no news until November 2013 – one year after Foley was kidnapped – when one email changed everything. GlobalPost CEO Phil Balboni told ABC News about the gut-wrenching process that followed:

Have a look at the ABC report from Brian Ross.  It includes a few stories and videos [HERE].
Email ThisBlogThis!Share to TwitterShare to FacebookShare to Pinterest

REPORT 'No One's Really in Charge' in Hostage Negotiations

Insiders and administration officials tell Foreign Policy that efforts to free Americans held by the Islamic State are uncoordinated, inconsistent, and crippled by bureaucratic infighting.

"No one's really in charge," said one individual who's been deeply involved in negotiations for one of the hostages and asked not to be identified because efforts are still underway to free the other two Americans held by the Islamic State. This person, summing up a general frustration shared by many others, said the different government agencies working on the hostages' cases don't appear to be on the same page or even to have the same reading of what U.S. law allows.
Read more from ForeignPolicy.com [HERE].

“Seven hours go by fast believe it or not,” Rigdon said in an interview a few weeks after the standoff. “You’re not really keeping track of time. Once you get off the phone and start doing other things for a while you realize you’ve been on the phone for a while.
...The crisis negotiators get training in psychology and negotiation tactics, though Hall stressed they use skills commonly employed by patrol officers.
“A lot of patrol does a lot of the negotiation stuff every day ... when they go to volatile calls, it’s just a matter of listening and letting somebody vent,” he said.
Read the full article from Newsminer.com [HERE].
Email ThisBlogThis!Share to TwitterShare to FacebookShare to Pinterest

The motto for NYPD HNT emphasizes communication as an essential negotiation skill for their crisis negotiators, and for good reason. Opening up avenues of communication to your counterpart signals that you are ready to listen, an integral first step to building rapport between negotiating counterparts by “build[ing] trust…as well as display[ing] empathy” which can lead to further mutual gains at the bargaining table as the negotiation progresses beyond the initial stages.

Read the full article at the Harvard Program on Negotiation Blog [HERE].
Email ThisBlogThis!Share to TwitterShare to FacebookShare to Pinterest

Talking to Terrorists: How to End Armed Conflicts review – an optimistic analysis

As a US-led coalition continues to attack the Islamic State (Isis), Jonathan Powell, a former adviser to Tony Blair and a key intermediary in the successful negotiations between the British government and the IRA, poses an important question: should we talk to the terrorists?
His answer is yes, for without talking we will never have a true peace. Even if we can obliterate the enemy through sheer firepower, we cannot eliminate the threat they pose without removing at least some of the grievances that motivated them in the first place. And this needs a negotiated solution.
Read the full article from the Guardian [HERE].
Email ThisBlogThis!Share to TwitterShare to FacebookShare to Pinterest

Read more [HERE] from fauquiernow.com.
Email ThisBlogThis!Share to TwitterShare to FacebookShare to Pinterest

How To Intimidate People

THE HOMICIDE DETECTIVE AND HOSTAGE NEGOTIATOR

Bob Bridgestock was a heroic cop who talked people down from the tops of buildings and persuaded maniacs not to shoot their captives. During his 30 years on the force he took charge of 26 murder investigations, as well as investigating drive-by shootings, kidnappings, and extortion schemes.
The golden rule is treat people how you want to be treated. But sometimes you have to take control. You are a person in authority. Some people will not listen to a single word you say. Whether they're in the right or in the wrong, they just won't listen. They try it on to start with, to test what reaction you have. Will you take a step backward? Will you stand your ground? If you stand your ground they've got a problem. It's talking to people, but you've got to be firm.
Read more [HERE] from Vice.com.
Email ThisBlogThis!Share to TwitterShare to FacebookShare to Pinterest 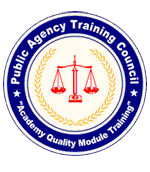 Introduction/Orientation: This opening block of instruction includes instructor and class self-introductions and an overview of the class curriculum, historical context of negotiations, provided materials and suggested readings. This portion of the training will be presented in lecture format.
Read more »
Email ThisBlogThis!Share to TwitterShare to FacebookShare to Pinterest

Negotiator-in-Chief: Stop the saber-rattling. We need to talk, even to terrorists Gary Noesner retired from the FBI in 2003 as the chief hostage negotiator
One of the country’s experts on hostage situations is Gary Noesner, who spent a 30-year career at the FBI as an investigator, instructor and negotiator.  Noesner responded to crises ranging from prison riots to  sieges, embassy takeovers, hijackings and more than 120 overseas kidnappings of American citizens.  The author of “Stalling for Time,” Noesner retired from the bureau in 2003 as the chief hostage negotiator and now works as a crisis management consultant. He offered these views on the the government’s current policy and how it changed in the wake of 9/11 terrorist attacks:


Does the U.S. government’s refusal to pay ransoms make sense to you?
Our current inflexible policy has not been proven to prevent or secure the release of kidnap victims. However, my view is that it remains appropriate and necessary for the U.S. government itself to avoid paying any ransom to kidnappers.  That being said, I do not believe the government should attempt to prevent families or victim corporations from paying a ransom to save a life.
Read more [HERE] from the Washington Post.

When the towers of 9/11 came down, a bewildered humanity walked through the city’s dust into a new world.

It had turned upside down in a nanosecond, and the consequences would forever change the shape of international relations and international negotiations.

“Before the turn of the century,” says Michael Tsur, an international high-crisis negotiator, “we were kings.  We ruled the world from our desktops. With the flick of a finger we could gather mountains of data to argue against our opponents, learn their secrets, access their worth. We were tough,we were in charge, we were aggressive.”

“Our great mistake was that we failed to see how that world had changed. In a world dominated now by terrorism, fear and mistrust, this combative mindset simply created more fear and more chaos.”
Read more »
Email ThisBlogThis!Share to TwitterShare to FacebookShare to Pinterest
Newer Posts Older Posts Home
Subscribe to: Posts (Atom)