In a follow-up to my previous post on how important a negotiator's tone of voice is (Quick Tip: Hostage Negotiator's Tone of Voice), I came across this:

How To Make The Perfect First Impression (According To Science)

The tone and tenor of your voice also plays a significant role in determining what kind of first impression you make on others. A Scottish study found that participants overwhelmingly agreed, based on hearing a subject's voice, on a number of personality judgements, including trustworthiness, aggressiveness, and warmth.

“[Psychologists] have confirmed that people do make snap judgments when they hear someone’s voice,” Drew Rendall, a psychologist at the University of Lethbridge, told Science Mag. “And the judgments are made on very slim evidence.” 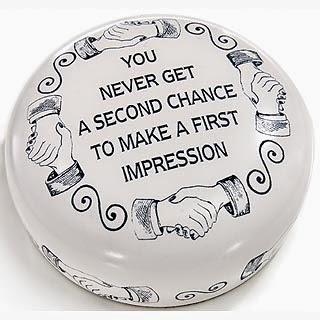 Research studies demonstrate how important first impressions are and it's one of the reasons a main component of PhD explores this with mediators.
Additionally, I am doing another study with law enforcement hostage negotiators and how they do their introduction (hint: the training manual suggestions are not consistent).
Read the full article at Huffington Post here.
Email ThisBlogThis!Share to TwitterShare to FacebookShare to Pinterest

What I Learned About Social Leadership & Listening From a Hostage Negotiator

In her latest diary entry, Eugenie explains what charity leaders can learn from hostage negotiators


As social leaders, we ask a lot of questions. What can I do to help? What do people need? What's my place in the world? But, what I've learned recently is: we should be asking far fewer questions.
As part of the Clore Social Leadership Programme that I'm on, we get training opportunities that we might not otherwise either know about or afford.
I got it into my head that I wanted to do some unusual training with unusual leaders and tracked down former hostage negotiator Dick Mullender. I confess, I was sold on the name alone and arranged a workshop on the art of listening and negotiation.
It was some of the best training I've been on. Mullender straight off challenged us on what we think it really means to listen…

Read more from The Guardian [HERE].
Email ThisBlogThis!Share to TwitterShare to FacebookShare to Pinterest

I came across this article talking about the recent negotiation involving Sgt. Bergdahl and crisis / hostage negotiation in general and I thought everyone would find of interest.
From the article:
Truth was the hostage negotiator’s sidearm. Hostage negotiators did not promise what they could not deliver if there was a chance that the terrorists would capitulate. NYPD Detective Captain, Frank Bolz, arguably the best hostage negotiator of his time, said, success is when everyone -- including the terrorist -- walks out alive.
Why was truth so important?…
Read the full article by Abraham H. Miller at AmericanThinker.com [HERE].
Email ThisBlogThis!Share to TwitterShare to FacebookShare to Pinterest

Is It Right To Ever Negotiate With Terrorists? (Via USA Today)

The White House recently negotiated the release of the Sgt. Bergdahl, a U.S. soldier stationed in Afghanistan,  who had been held captive for more than five years.  In reply, five detainees from Guantanamo Bay were release to the Qatari Government.  The Qatari government acted as a mediator/in-between during the negotiations.
The following article from USA Today by Alan Gomez is worth reading.  Below is a snippet:

"I fear that the administration's decision to negotiate with the Taliban for Sgt. Bergdahl's release could encourage future terrorist kidnappings of Americans," Sen. Marco Rubio, R-Fla., said Sunday in a statement.
But security experts like Bruce Hoffman, director of Georgetown University's Center for Security Studies, said that however common the refrain "we do not negotiate with terrorists" has become, it is "repeated as mantra more than fact."
"We have long negotiated with terrorists...

Read the full story [HERE].
This past April we collaborated with ADRhub.com to co-host Crisis Negotiation Month.  As part of it, we shared numerous articles on negotiating with terrorists.  See the articles [HERE].
Email ThisBlogThis!Share to TwitterShare to FacebookShare to Pinterest

In This Corner: Crisis Intervention in Communities- Provocative Dissonance and Other Strategies Linda Colburn was nicknamed the Red Adair of community crisis intervention for her willingness to intervene in on-scene disruptions and for her unique strategies in pushing them through to resolution. In a telephone interview from Hawaii, she walked us through how talk works, whether it’s when she’s called to a breaking crisis or when she’s slogging through a year-long facilitation with multiple angry stakeholders.

The situations are different, but her emphasis is always the same: helping people make choices about how they engage and how they will handle future conflicts. And then she designs processes that will elevate their skill sets going forward. This transformative emphasis, she says, is critical for people who have to coexist after their disputes have been settled.


Here is Linda on one of her transformative devices: Provocative Dissonance.
Read more »
Email ThisBlogThis!Share to TwitterShare to FacebookShare to Pinterest
Newer Posts Older Posts Home
Subscribe to: Posts (Atom)