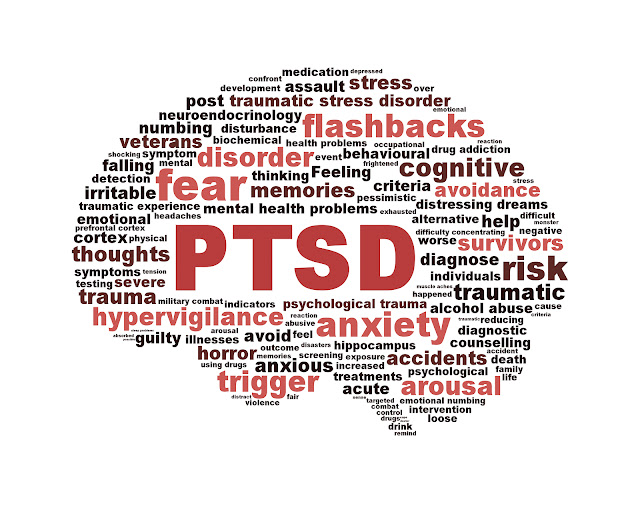 (From Big Think & The Mental Health Channel)
PTSD is one of the most common mental health conditions in the United States and I think it’s – it might be the fourth most common condition. And that’s because trauma is so prevalent in our society.

About 25 percent of women experience interpersonal sexual violence, which is extraordinary. There are accidents and natural disasters. More than half of persons will be exposed to at least one traumatic event in their lives.

The hallmark of PTSD is that the memory of the event becomes haunting. It kind of takes on a life of its own. You start thinking about what happened just out of the blue or in response to triggers in the environment. And what’s so distressing about the memory is not that you just have an image or remember what happened.

People that have PTSD have trouble experiencing pleasure and it’s all about trying to become small and not allowing yourself to be affected by the environment. It also includes really changing the way you view the world and yourself. The world’s a bad place. You might feel guilty or worthless. You might feel you’re to blame for what happened or others are to blame. And finally there are symptoms that reflect increased arousal. So people that have PTSD are on edge.

Their body and brain chemistry is rigged for danger and for experiencing threat and being very, very concerned about anything in the environment that might threaten them. So the symptoms in this category include being highly reactive to startle responses, scanning the environment for signs of danger, not being able to concentrate, very irritable and angry.

Read more and watch the video [HERE].
Email ThisBlogThis!Share to TwitterShare to FacebookShare to Pinterest

The Importance of Control During Crisis Incidents

I have previously written about how control and the perception of control impacts the main stakeholders (subjects, negotiators) during a crisis incident here:

If a person is in crisis, the odds are they feel like something important is missing- control. A person in crisis often feels like they have no control over their life and that is what pushes them into a crisis. Making that person be part of the decision process is vital to ultimately getting what you want. In non-police negotiations it will most likely involve having to “give a little” to “get a little.” It is called negotiation for a reason. Let the person be part of the process (instead of demanding). Allowing them to be part of the process starts with letting them talk and it continues with them being part of the negotiation process.

One of the first things we teach police officers is that by giving the other person a sense of control does not mean giving up your control. It is the same for you when you are involved in a crisis situation that includes you negotiating. The goal is voluntary compliance (note the voluntary part of it). Ultimately you have to decide what your other options and then decide what is best for you.

Keep in mind you also have to keep control of yourself- especially your emotions. Emotions are contagious, and if you are entering a crisis situation where the other person's actions are being dictated by a variety of negative emotions, you want to make sure you are not getting caught up in their emotions. Rather, by controlling yourself (voice tone and other nonverbal cues) your calmness can help de-escalate the tense situation.

Here's some more the concept of control from Eric Barker's great blog, it's impact on reducing fear, and it's importance in de-escalating a crisis:

It’s All About Control
When we feel in control, we’re not afraid. When we have a level of comfort with something, it’s not scary.

Anything that gives you a feeling of control over your situation helps you keep your cool.

Without a feeling of control, when stress gets high we literally can’t think straight.

Via Your Brain at Work: Strategies for Overcoming Distraction, Regaining Focus, and Working Smarter All Day Long:

Amy Arnsten studies the effects of limbic system arousal on prefrontal cortex functioning. She summarized the importance of a sense of control for the brain during an interview filmed at her lab at Yale.

“The loss of prefrontal function only occurs when we feel out of control. It’s the prefrontal cortex itself that is determining if we are in control or not. Even if we have the illusion that we are in control, our cognitive functions are preserved.” This perception of being in control is a major driver of behavior.


And here is one last bit from Barker on the impact of being prepared and training has, especially in relation to reducing fear:

Fear prevents clear thinking and causes you to procrastinate. Now that you’ve dealt with it a bit you can make some real progress.

What else gives a feeling of control and helps fight fear? Preparation. (snippets) The San Francisco police hostage crisis negotiation team responded to more calls in 2016 than in any year in recent history, an uptick that officials see as a sign that the department is moving in the right direction in dealing with people suffering from mental health crises.

“We’ve all taken to heart de-escalation, the sanctity of life and trying to negotiate a peaceful resolution so that no one needs to get hurt, either the officers or the public or the suspects,” said Sgt. Lisa Frazer, acting officer in charge of the hostage crisis negotiation team.

Among the hostage team’s cases in 2016 were calls about a suicidal man with a gun in the Tenderloin, a 13-year-old autistic boy armed with a knife in the Mission District, a 25-hour standoff in the Ingleside neighborhood with a barricaded robbery suspect, and a four-hour-long incident involving a man with outstanding warrants who was in the water under Pier 48. All the incidents ended peacefully.

Once a specialized crisis-intervention team is operational, much of the burden will be lifted from the hostage team. Frazer said the process has already begun: In at least seven incidents in 2016, the hostage team was on its way — only to learn that the officers on scene had resolved the situation using de-escalation tactics.

Read more from the SFchronicle.com [HERE].
Email ThisBlogThis!Share to TwitterShare to FacebookShare to Pinterest

A Message from a Person With Bipolar Disorder


(From TheMighty.com)- I Am Bipolar. This Is What I Want You to Know.

The following originally appeared on the writer’s Facebook page.

I can honestly say I don’t think I’ve ever posted anything on Facebook. I’m not exactly sure why I chose today, but here goes. I don’t think anyone will actually read this so I guess I don’t really have anything to lose.
The world can be a cruel place. God, if you believe in God, can play devastating tricks on people. There are many debilitating diseases out there that affect millions of people every day. People suffer endlessly, people die painfully and all the while their loved ones suffer as they watch the inevitable happen. They watch as cruel fate destroys life. They watch as love and happiness crumble into darkness and death.
I believe the ultimate cruelty, however, lies in the silent suffering. The disease you can’t see.
...My name is Chad and I am bipolar. I have been for most of my life. I knew at a very young age that there was something “wrong” with me. I had wild mood swings that left me sobbing uncontrollably one minute, then to uncontrollable rage the next. Alcohol and a litany of drugs were a constant in my life from the time I was 14. “Self-medication” was all I knew. I couldn’t control my mind or my thoughts by myself, but when you are a teenager, what else can you do? I wanted to die, but I couldn’t bring myself to suicide at that young age, so I did incredibly reckless things to hopefully do it for me. That is for another story. It didn’t work.
I am 43 years old now.
...So what is this all about you ask? This is not a cry for help. I am way beyond that. This is to let you know each and every one of you, whether you know it or not, has a friend, has a family member, has someone out there who is struggling — and they desperately need someone to reach out to them. It doesn’t take much, only a few seconds, just to say, “Are you OK?” Three simple words can make all the difference. 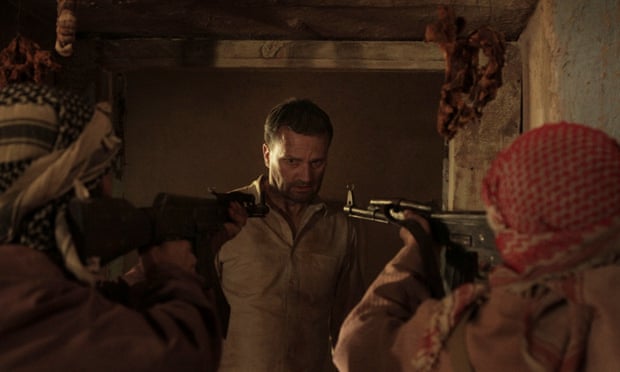 Never pay the ransom. It’s the official line of governments across the world and yet, every year, millions of pounds change hands to secure the release of those taken in kidnappings.

The murky world of hostage negotiations is shrouded in mystery, done behind closed doors and often drags the most unsuspecting people into a web of organized crime or poverty-driven desperation.

“Kidnap negotiations are one of the very few moments in any conflict situation where two warring parties have to sit down and empathize with each other,” he says. “Hostage negotiation can teach us a hell of a lot about how to find common ground, and meet your enemy in the middle.”