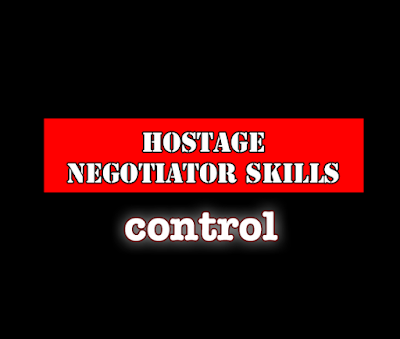 Often, when a person is in a crisis they feel like they have no control over their situation. Due to this perception of their life being out of control, it contributes to the person (or “subject” in crisis/hostage negotiation jargon) acting out of a combination of numerous negative emotions such as anger, fear, frustration, rage, despair and sadness.

These overwhelming emotions and sensing their situation is hopeless can prevent the person from acting rationally and being open to listening to others, being influenced by them or considering alternative options.

For a suicidal person, the subject then might see completing suicide as their only option. For a barricaded perpetrator surrounded by police, they might believe their only option is to “never come out alive” or exiting their position in a hail of gunfire.

Not that crisis and hostage negotiators need a reminder but this line of work is not easy. The above description is intended to generate empathy with the subject. Being able to “see things” from the eyes of another person is critical to eventually influencing them to gain their voluntary compliance. Remember that is the goal, as the alternative is involuntary compliance and that more than likely will involve some sort of force being used.

If the subject feels as if they have no control, in order to be able to attempt to successfully influence them to do what you want (while they think they are making that choice themselves), you must help them regain a sense of control over their lives and their current situation. The Crisis Text Line calls this moving a person from a “hot moment” to a “cool calm.”

So how do you help a subject regain a sense of control over their situation?

Read the full article at PsychologyToday.com [HERE].
Email ThisBlogThis!Share to TwitterShare to FacebookShare to Pinterest 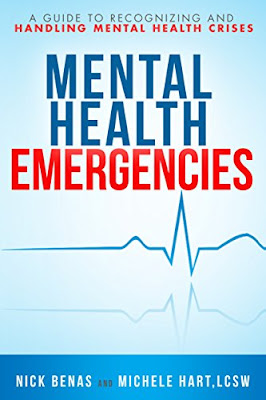 (From Amazon.com)- Ready reference to mental and emotional health crises and concerns, providing overviews and expert guidance on more serious problems. Ideal for first-responders, teachers, counselors, and human resource professionals.Developed from best-practices of psychiatry, psychology and mental health counseling, Mental Health Emergencies is a guide to providing much-needed care and support to the people in distress who most need help including self-injury, eating disorders, substance abuse, psychosis, and suicidal thoughts.Mental Health Emergencies will help you provide exactly the right kind of support--where and when it's needed most.

Check it more and how to purchase different versions [HERE].
Email ThisBlogThis!Share to TwitterShare to FacebookShare to Pinterest

This paper examines kidnapping as a source of terrorist finance, arguing that a new approach is needed if terrorist groups are not to continue to benefit from multimillion-dollar cash injections.

This paper outlines three different options which would help to ‘close the gap’ between the commitments of some governments and their actions in response to the kidnapping of their citizens by designated terrorists.
Read more and get the link to download the full paper [HERE].
Email ThisBlogThis!Share to TwitterShare to FacebookShare to Pinterest

ELIZABETHTOWN, KY (WAVE) - Hostage negotiators from a dozen Kentucky police agencies are being tested on advanced negotiating skills.
The Elizabethtown Police Department hosted national training from Crisis Systems Management out of Missouri the week of Aug. 21 to 25.
Read more Wave3.com [HERE] but first ask yourself- when was the last time your participated in a role-play exercise? You only know that you know you have the skills if you prove it... to yourself.
Email ThisBlogThis!Share to TwitterShare to FacebookShare to Pinterest

LONDON — American hostages are at greater risk of being murdered or tortured because some European nations pay multimillion-dollar ransoms to terrorist groups, a think tank warned Tuesday. The U.S. has a policy of not paying ransoms to banned militant organizations, a principle it has stood by through the high-profile beheadings of several Americans by ISIS.
“Terrorists abuse hostages whose governments refuse to negotiate in order to raise the pressure on countries which do”
Read more [HERE].
Email ThisBlogThis!Share to TwitterShare to FacebookShare to Pinterest 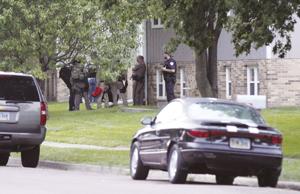 Twitter was the method used by the Vermillion Police Department at about 8:30 p.m. Thursday night to initially inform the public that a standoff with a jail escapee that had gone on for hours in Vermillion had ended.

Social media was just one of the high-tech tools used by law enforcement that day to eventually get Jubal Grant back behind bars. Everything from a drone to a robot equipped with a video camera and a two-way radio were among the tools used by officers that allowed Thursday’s incident to end with the best possible outcome, said Vermillion Police Chief Matt Betzen.

Read more from PlainTalk.net [HERE].
Email ThisBlogThis!Share to TwitterShare to FacebookShare to Pinterest

Kidnapped in the Philippines, former hostage tells his harrowing story

Kjartan Sekkingstad was held for ransom by Islamist militants and survived. Canadians John Ridsdel and Robert Hall did not

Sotra, NORWAY — Run, duck. Run, duck.
Deep in the jungles of Sulu province, in the southern Philippines islands, Kjartan Sekkingstad pushed through darkness in search of a way out.
It was April 2016, seven months after armed Islamist militants had kidnapped the Norwegian, along with two Canadian men and a Filipina woman, in a high profile hostage-for-ransom case.
Sekkingstad saw an opportunity to escape when Philippines military forces launched a surprise middle-of-the-night air assault on the group, sending his captors fleeing all directions.
“I got away from the guy who was watching me. He ran for cover himself. And I was sort of free,” Sekkingstad, then 56, said.
...“What can I say? We were all sad,” Sekkingstad said. “But we didn’t have time to mourn him, because we were so busy surviving … We were told right away, ‘You’re next! You’re next!”
Read more from the NationalPost.com [HERE].
Email ThisBlogThis!Share to TwitterShare to FacebookShare to Pinterest

How To Defuse A Conflict


(Leigh Anderson/LifeHacker)- To get an idea of how professional conflict resolution experts handle tense situations, I spoke to Robin Burcell, a former cop, detective and hostage negotiator and now a crime novelist, and Chris Voss, the former lead international hostage negotiator for the FBI and author of Never Split The Difference: Negotiating As If Your Life Depended On It.

Label the Emotions, and Don't Use 'I' Statements

"Naming strong emotions, like fear, causes those feelings to diminish," says Voss. "'You seem angry,'" is a way of affirming their feelings and expressing empathy. But "how you make the observation — that's the tricky part. I is a self-focusing word. 'You seem angry [is better.] You changes the focus of what the sentence is. 'You seem afraid' causes the person to think about it. Do I seem afraid? Once you try to get people to admit things, the dynamic changes."
Read more from LifeHacker.com.au [HERE].


He had a knife to his throat and a gun to his head. But that never stopped this former hostage from teaching the art of good communication across the globe


Dr George Kohlrieser has in his five decades as a hostage negotiator been taken hostage four times while on duty. His mantra: You gotta keep em talking and form a bond