“ The No. 1 element in being a successful negotiator is you have to honestly care about the person on the other end of that phone,”
Whitley, a 13-year member of the Danville Police Department and a crisis negotiator for around nine years, said.
“My sole focus at that point and time is talking to him.” 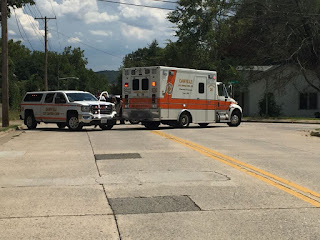 For five hours, Danville Police were on the 100 block of Marshall Terrace negotiating a peaceful end to a hostile situation.
Andrew Steven Petrick, 35, was wanted for grand larceny and forgery warrants. When police attempted to make an arrest that morning around 10 a.m., he went into a residence and would not surrender.
Petrick told police he had a firearm and would not come out.
Read more from GoDanRiver.com [HERE].