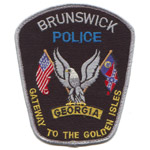 ...And since 2011, documents reveal, the Brunswick Police Department has had a drone on hand for “hostage negotiations,” funded by a grant from the federal Justice Department.

It bears repeating: The federal government has only a vague sense of which government entities are flying unmanned aerial vehicles, particularly at the state and municipal levels. Lax oversight and lack of coordination between departments are precisely what landed police in Brunswick, Georgia, the Justice Department money to buy its drone without any of the pesky oversight or requisite approvals.
As of last year, the city of Brunswick had 15,640 residents and four annual homicides to its name. Located on the Georgia coast about 30 miles north of Florida, the self-styled “Shrimp Capital of the World” has fewer than 100 sworn officers on its police payroll. And since 2011, documents reveal, the Brunswick Police Department has had a drone on hand for “hostage negotiations,” funded by a grant from the federal Justice Department.
In their grant application, the Brunswick police explained that the drone would “enable the Support Services Division to better engage in hostage negotiations and reduce or even eliminate property damage and safe [sic] lives during the negotiations." The iPad, in turn, “will allow hostage negotiator the ability to ‘see’ the critical condition in which the hostages might be and evaluate the criminals' environment and weapon possession."