Saving Face: The Concept of "Mianzi" In China 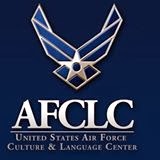 Saving Face is important across cultures and is an important concept for police crisis and hostage negotiators to understand.  Check out this important (short video) from the U.S. Army shared by the United States Air Force Culture and Language Center (AFCLC) in regard to saving face, respect, and Chinese culture.

----
Employing face-saving tactics is critical to a law enforcement crisis and hostage negotiator in contributing to a successful resolution of the incident.  Ensuring the subject is able to "save face" often plays an important role especially during the "surrender ritual" (the discussion and implementation of the subject peacefully turning him/herself over to the police.
Cross-posted from United States Air Force Culture and Language Center (AFCLC) Facebook page:
From our partners at the U.S. Army TRADOC Culture Center, some information on the Chinese concept of mianzi, or saving face.
Culture Matters Monday: Mianzi
In China they have a concept: Mianzi.
This concept is translated to the idea of saving face.
But there’s much more to mianzi than just saving face.
It also means reputation, prestige, social standing, and honor.
Within many culture smart cards is a section on cultural do’s and don’ts.
Do’s and don’ts tell you what you need to know in order to communicate honor, reputation, and prestige.
All the dos and don’ts can be boiled down to one word: respect.
Culture matters.
-