Mental health team to work closely with SFPD during crisis 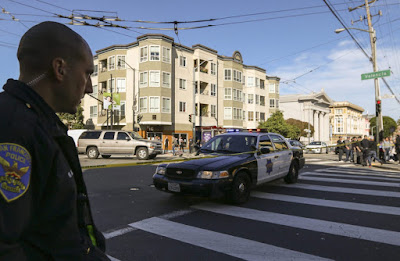 (SFexaminer.com)- San Francisco police shut down several blocks of Valencia Street on Friday because Samantha Helstrom, 57, had barricaded herself inside her Mission District home.
The seven-hour negotiations were lead by the department’s Hostage Negotiation Team, but a Department of Public Health employee was on the scene, too, as is often the case in such instances.
...The newly expanded DPH team that will work with SFPD is part of that effort.
“Their role will be for advice” Molina told the Police Commission March 8. “It’s a work in progress, but I think we’re getting there.”

The department’s team focuses on prevention by identifying the people most often in crisis, tracking their cases and dealing with the crisis. When a crisis occurs, the department will call on one of the DPH’s team members. That person will aid the hostage negotiators on the scene.