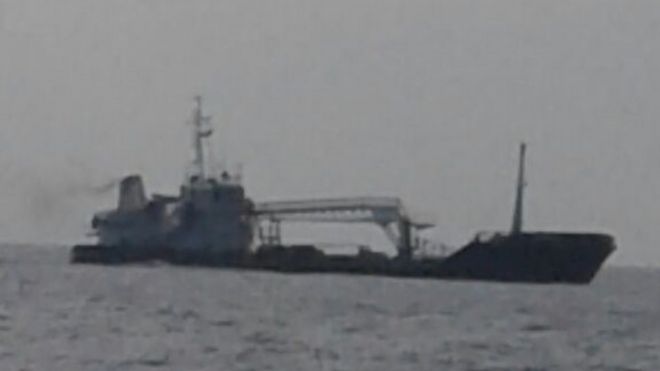 (NPR.com) An oil tanker with eight Sri Lankan crew members aboard appears to have been hijacked off the coast of Somalia, which would be the first time a large commercial ship has been taken by Somali pirates since 2012.
The Aris 13 sent a distress call Monday saying it was being tailed by two unfamiliar ships, "then it disappeared," John Steed of Oceans Beyond Piracy, an anti-piracy group, tells Reuters. The news service reports that the tanker, which had been transporting fuel from Djibouti to Mogadishu, Somalia's capital, turned off its tracking system and diverted toward the small town of Alula.
Read more [HERE].
Email ThisBlogThis!Share to TwitterShare to FacebookShare to Pinterest
Newer Post Older Post Home