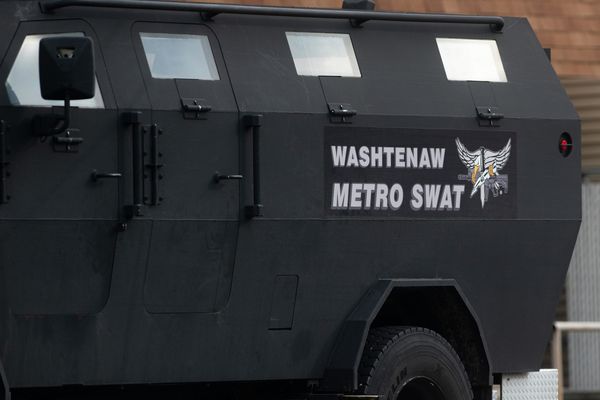 ANN ARBOR, MI - Semi-automatic weapons and an armored truck surrounded the home.
They’d been there for hours, ever since a woman climbed out of a window that morning, fearful of her roommate. He was threatening to blow the place up, police said, and he wouldn’t come outside.
Then, he did. For a cigarette.
The crisis negotiators on scene had offered it, officials say.
It’s one of a number of tactics at the disposal of the Washtenaw Crisis Negotiation Team, in concert with Washtenaw Metro SWAT, to end crises such as that Oct. 30 barricade situation in Ypsilanti Township, said Washtenaw County Sheriff’s Lt. Nancy Hansen, negotiation team commander.
Weeks later, via megaphone, negotiators offered a barricaded man hot chocolate.
"Hey, it works," said Hansen, laughing briefly as she recalled some teasing the move incited. "So whatever works, as long as nobody gets hurt."
Read the full story about the busy year the team had at MLive.com [HERE].
Email ThisBlogThis!Share to TwitterShare to FacebookShare to Pinterest
Newer Post Older Post Home