Manhunts: A Role for Crisis Negotiators

Over the last 20 years, the FBI’s Crisis Negotiation Unit (CNU) has been involved in several significant, internationally known manhunt investigations, including those targeting the Washington, D.C., snipers and the Boston Marathon bombers. With today’s cell phones and social media, crisis negotiators have enhanced the goals of law enforcement in manhunts.

This article addresses several methods negotiators can use to increase the likelihood of apprehending subjects and reduce the risk to law enforcement. Additionally, the authors offer case examples to illustrate lessons learned and best practices... 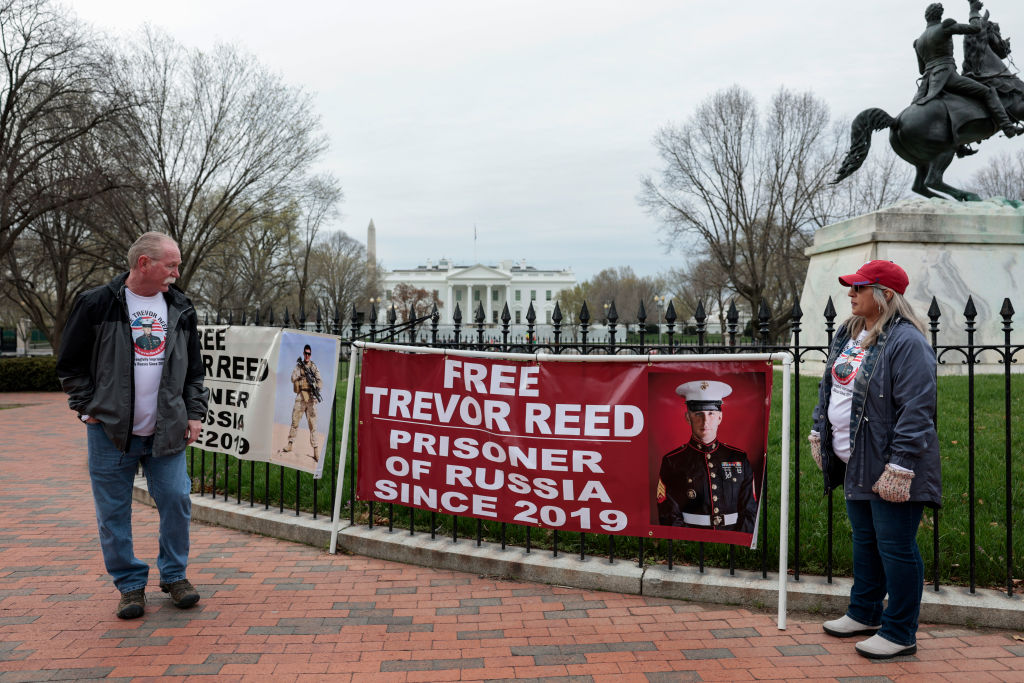 What Trevor Reed Reveals about Joe Biden’s Cautious Approach to Releasing American Hostages
President Joe Biden waited until former Marine Trevor Reed was out of Moscow, had been successfully exchanged for a Russian prisoner in Turkey, and was safely on a plane bound for the U.S. before calling Reed’s family.
Reed had spent nearly 3 years in a Russian jail after being arrested in 2019 on charges of assaulting police in Moscow....
Reed’s release comes at a time when experts involved in helping negotiate the release of Americans detained overseas are seeing an uptick in Americans being arrested and held as bargaining chips, including in Venezuela, Iran, China. Venezuela recently released some Americans, after a visit from a high-level U.S. delegation, and holds several others.
Read more from Time.com here


In Nigeria, A Hostage Negotiator's Big Test: Freeing His Wife
... Using only his iPhone, Mr. Tumburkai has become part of an informal world of volunteer negotiators - representing families, communities, and themselves - working to bring hostages back home.
Read more from WSJ.com here
Meet the Fortune Teller-Approved Negotiation Tactic Used by Execs at Samsung, McDonald's, and More
By using a psychological technique called the Forer effect (named after psychologist Bertram Forer), which often involves making flattering but general statements about the person you're trying to influence, you can quickly develop a rapport with people--and you can get them to open up. It's a trick that Washington, D.C., publicist Adele Cehrs and New York City-based former FBI crisis hostage negotiator Chip Massey commonly teach clients through their consulting firm, Convincing Company.
Read more on this technique and how you might be able to implement during your next incident from Inc.com


Five Lessons from Drug Dealers and Hostage Negotiators
Catchy title right? Some good tips and reminders, have a look here.
U.S. reclassifies WNBA star Brittney Griner as 'wrongfully detained' by Russia
A source close to Griner also confirmed Monday that former U.S. ambassador to the United Nations Bill Richardson, who has worked privately for years as an international hostage negotiator, agreed to work on Griner's case last week. Experts have said Richardson's involvement would be a crucial sign that her case has moved into a new realm.
Until now, Griner's personal team had followed State Department advice to keep a low profile so as not to make her a more valuable asset to Vladimir Putin's government.
Read more from ABCnews.com here

Defusing dangerous situations: How Tucson PD's Hostage Negotiators answer crisis calls
“We really have to meet people with a sense of human-ness,” she explained. “We’re not really there trying to be like ‘Who, what, when, why and where?’ That traditional cop.”
The team receives about 30 calls a year...
Read more and watch the video at Kgun9.com here


Research: Current trends in hostage/crisis negotiation nomenclature and training
The survey obtained responses from 46 states that included municipal, county and state agencies, ranging in size from less than 25 officers to over 2,500. Negotiation teams represented in the survey ranged from having over 50 negotiators to areas where it was necessary to band together and create regional teams...

In addition to the previous eligibility requirements, over 43% of respondents stated that their teams allowed specific non-sworn members to join their negotiation teams, with psychologists (30%) and dispatchers (12%) forming the largest groups.
Read more from Police1.com

11 Hours of Fear, Negotiation and Finally, Relief
The F.B.I. identified Malik Faisal Akram, a British national, as the man who took hostages in a Texas synagogue on Saturday. He was killed during the rescue operation

“The negotiation team had a high frequency and duration of contact with him,” Mr. DeSarno said. There were times when the communication ceased, he said. The “relationship” between Mr. Akram and the negotiators, according to Mr. DeSarno, “ebbed and flowed a little bit” and sometimes “got intense.”
Read more from the NYTimes.com here