PLEASE NOTE:
THIS IS THE THIRD THURSDAY OF THE MONTH 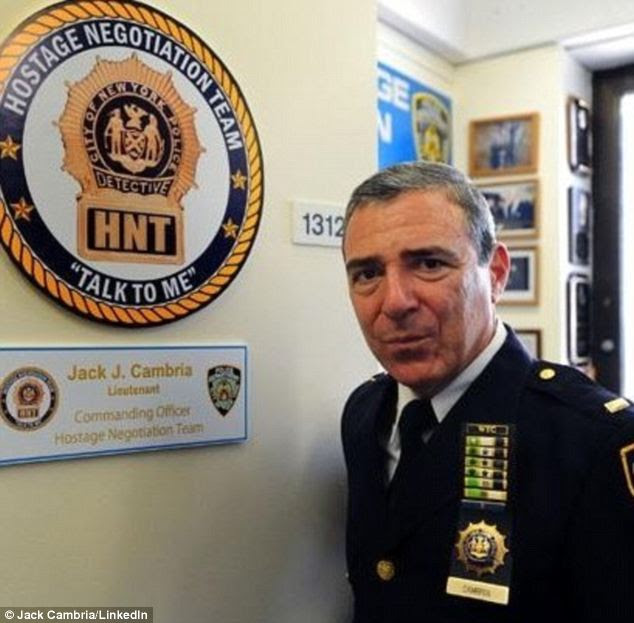 Lt. Jack Cambria of the NYPD

Lt. Jack Cambria is an active member of the New York City Police Department who has currently contributed 33 years of exemplary service. He served for 16 years in the Emergency Service Unit (ESU), whose primary focus is to provide Rescue, SWAT, and Counter-Terrorism services to the City of New York. He was assigned to ESU in the ranks of Police Officer, Sergeant and Lieutenant, (his current rank).  He has extensive experience and certifications in all facets of these operations, and is a New York State Certified Police Instructor. He has received numerous awards for bravery and dedicated service. He has responded to and served on many high profile assignments such as both World Trade Center disasters, plane crashes, and a variety of hostage and barricade situations, particularly violent and suicidal individuals. He also served as the Rescue Team Manager of the FEMA-Urban Search and Rescue Task Force. Because of his solid foundation of achievements, Jack was assigned to his current position, in command of the agencies elite Hostage Negotiation Team. His current duties consist of coordinating the efforts of over 100 negotiators, who respond throughout New York City to all hostage related assignments. He is responsible for the training and certification of all new negotiators and refresher training of all current members of the team. Jack has conducted in-service training for many International, Federal, State and Local Law Enforcement agencies. In 2006, he and some select members of his team were dispatched to the U.S. Military Base at Guantanamo Bay, Cuba to conduct hostage negotiation training for members of the United States Joint Task Force. He has also served as a technical consultant in the entertainment industry, where he advised on the major motion pictures, ‘The Taking of Pelham 1-2-3,’ ‘Jack Ryan,’ and ‘The Amazing Spider II;’ additionally for the television series, ‘Life on Mars,’ ‘Blue Bloods,’ ‘Unforgettable,’ ‘Elementary,’ and currently, ‘The Mysteries of Laura.’ Jack has authored several scholarly articles on negotiations and earned a Master’s Degree in Criminal Justice from the John Jay College of Criminal Justice in New York City, where he is currently serving as an adjunct professor.
Email ThisBlogThis!Share to TwitterShare to FacebookShare to Pinterest
Newer Post Older Post Home